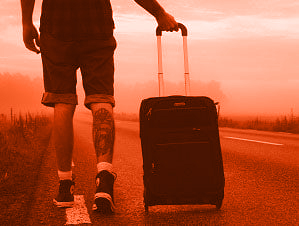 Travel intermediaries lose an estimated $21 billion a year in fraud-related losses, according to a recent report commissioned by eNett, a virtual account number (VAN) provider. Direct losses to travel intermediaries were pegged at $6 billion, while indirect costs including higher operating costs, revenue lost to false positives and reputational damage contributed $15 billion in additional costs. Online travel agencies (OTA) in particular lost an estimated $2.5 billion in direct fraud costs in 2017 and $6.3 billion in indirect fraud costs during the year.

The report also anticipated total fraud losses to travel intermediaries will grow 19 percent to $25 billion by 2020. Of that, OTA are expected to lose $11 billion a 24% increase over 2017, with $3.1 billion in direct losses and other $7.9 billion in indirect losses. This is a major issue in the travel market where OTA’s margins are relatively slim, requiring many sales to cover the costs of goods lost to fraud. (For an explanation of the dynamics of fraud in the travel market, see about-fraud.com’s interview with travel fraud and payments consultant Josep Bernat).

The report was conducted by the Edgar, Dunn & Company consultancy based on interviews with over 210 travel intermediaries worldwide at the end of 2017.

One of the more interesting findings of the report is that manual review of transactions is much more common in the travel space than other industries, with 20-30% of purchases manually reviewed. Manual review of transactions was higher in emerging online travel markets in the Asia-Pacific, the Middle East and North Africa and Sub-Saharan Africa than in more established markets in Europe and North America. This suggests that fraud staff at travel sites operating in emerging online markets would benefit greatly both from manual review tools that would make fraud staff more efficient and possible from automated screening solutions based on machine learning that could reduce the amount of transactions subject to manual review.

Vendor or supplier fraud is also a major concern in the travel market with 60% of travel intermediaries concerned about fraud when making payments to suppliers.